Fear Blocks (Part 3): Could you be misinterpreting a situation?

The Power of Interpretation

“All things are subject to interpretation whichever interpretation prevails at a given time is a function of power and not truth.” — Friedrich Nietzsche

The 4 Fear Blocks keep you stuck and prevent you from achieving what you want to in your life. We’ve already explored limiting beliefs and assumptions.  Let’s look at the third energy block, interpretations.

Your interpretations hold a strong energetic charge, which affects your emotions and actions. If you believe your viewpoint of a particular situation is the only explanation, you might not be aware of another point of view. You may end up wasting a lot of time and resources marching off in the wrong direction. Because you don’t see that other possibilities exist, you remain stuck in your story, and feel like you have no control over the outcome.

So let’s say you come home into work one day, and your boss barely nods hello, and then goes into his office and closes the door. If you think that your boss acted that way because he is angry with you, you might spend the morning wondering what you did to get him mad, and you might be hesitant to approach him with the great idea you’d come up with on the way in to work.

As with assumptions, interpretations are personal and are somewhat difficult to let go of and challenge. Holding onto them may seem like the easy way out, as facing them may move you into uncharted territory. However, challenging your interpretations opens you up to a world of possibilities, literally. 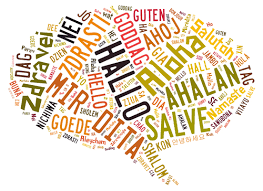 Interpretations can be directly challenged by asking: “What’s another way to look at that?” Just realizing that there are other ways to look at something lessens the power of your interpretation. One way to do this is to imagine what another individual’s perspective of the situation might be. Asking for someone else’s point of view on a difficult situation (even if they are not directly involved) can break existing paradigms and open pathways for more successful solutions. Challenging yourself or others to argue the point of view directly opposite your interpretation also works remarkably well to arrive at new information, new angles, and new paths to success.

In the example of the boss above, perhaps the reason why he barely acknowledged you was that he just received a disturbing phone call about a family member, or he had a deadline that had to be met – or…….well, there are many possible explanations. What an opportunity you’d miss if you decided not to present your great idea based on your false interpretation.

This month, before you “jump to conclusions” and believe the first story that comes to mind, consider other possibilities that could lead you to new, empowering choices and actions.

Let us know your thoughts and if you think someone else could benefit from this information…Share!